After catching up with some friends we decided to grab some burgers at Grill’d in Cottesloe. I had previously had a burger at Grill’d in Subiaco and had been very disappointed, so I was slightly nervous to go to Grill’d again. Still, I thought you can’t judge something properly by only one tasting.

The set up at Grill’d was very nice and looked just like a burger place should look.

My friends and I all had “crispy bacon and cheese” burgers. The waiting time for the burgers was as quick as expected. The burgers were quite big, so I cut mine in half so I could get it in my mouth. The burger was assembled fairly well. I felt the biggest issue was that the menu said “crispy” bacon and the bacon wasn’t crispy at all. The tomato chutney was very nice. The beef pattie was well-made and of an acceptable standard. The herb mayo added a nice touch to the burger too.

The chips we bought on the side were crisp and delicious. They had rosemary and salt sprinkled on them, which gave them that extra punch.

Altogether it was a very enjoyable lunch. My friends seemed to be happy with the burgers, and I was too.

After looking at Tabella’s not too impressive dessert menu, I decided that San Churro might be more suitable. I am a big fan of churros and that is what I always get there. I have never been let down by San Churro churros. I always order churros for one. The churros are crunchy and really delicious. I asked for cinnamon sugar on mine which is amazing. You get a choice between dark, milk and white chocolate. I prefer milk chocolate but dark is still very nice. But white chocolate is going too far. I think it is too sweet and slightly sickening. The service is always fast. Overall you can’t beat their churros (unless you go to Spain). 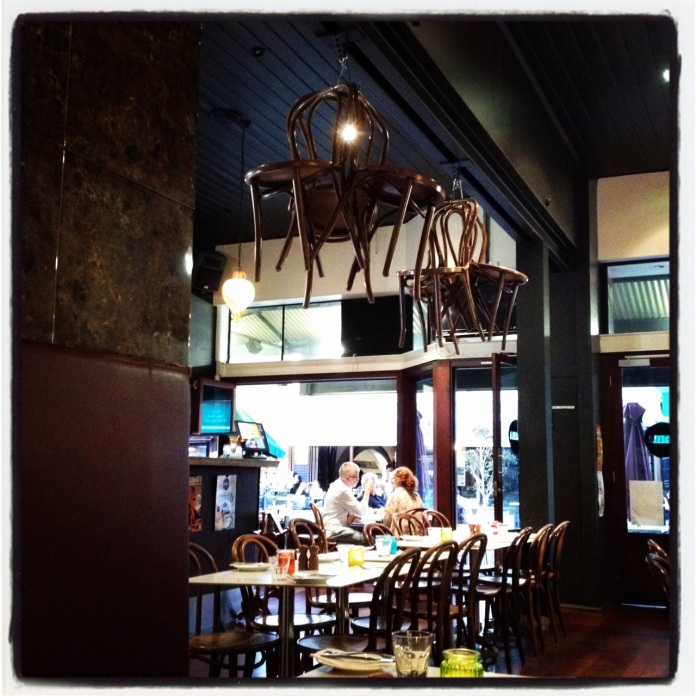 On Wednesday the 19th of March I found myself in Tabella. A waiter took us to a nice seat close to the window. Every table had a candle. I scanned the menu and saw something appealing called Duck Ragu. The staff were funny and nice. If you go I recommend you get a seat by the window because it is nice to see everything outside. It looks good inside with nice lighting and chairs hanging from the ceiling. About fifteen minutes later my dish arrived. It was fairly well presented. I was very hungry so I got stuck in. The pasta was fresh and hand-torn into sheets. I believe the pasta sheets could have been torn into slightly smaller pieces because they were quite hard to fit in your mouth. The stewed duck was amazing. It was really tasty, that duck. The sauce was very tasty – a mixture of tomatoes, garlic and maybe onions. Although the sauce could have been a bit less salty. Overall the meal was quite nice indeed. I would come back again to make a better judgement. My overall score was 13. 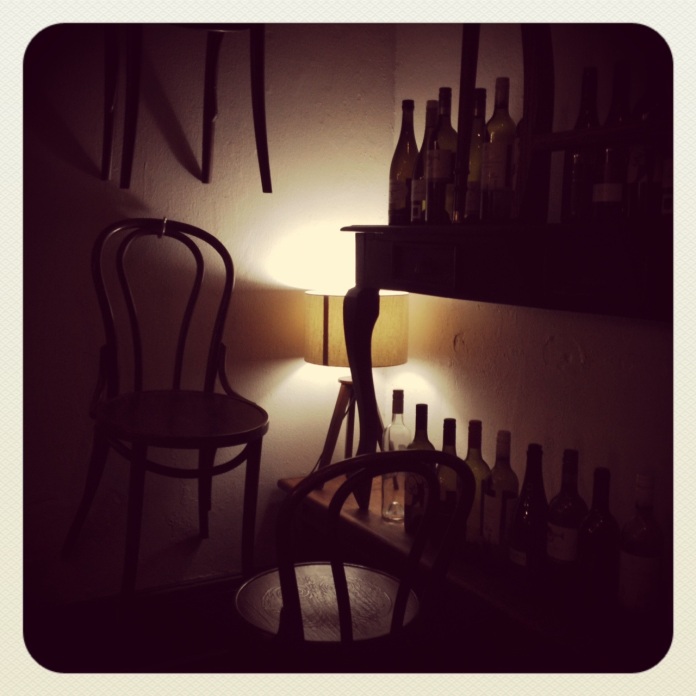 After a tiring day at Adventure World and not eating it was time to have a late lunch at 3 o’clock. We didn’t have any idea of where to go. Then I saw the Warehouse out of the corner of my eye. We thought it looked good, so in we went. A nice waiter asked us what we wanted as soon as we sat down. We ordered a burger with fries on the side. They had to ask the kitchen to reopen again since it had just closed – which they did. It wasn’t even three yet – it was 2.52pm. The place looked quite groovy and cool.

It took 16 minutes for the food to arrive, which is slightly too long.

We had decided to share a burger since the waitress said she herself could only eat half for lunch. When it arrived I was so happy we were sharing it between us because it was HUGE.

We cut it in half and started eating but the pattie was so big I found it extremely hard to eat. The bread was normal. The lettuce and tomato was the same as lettuce and tomato always is. The cheese was really nice; stringy and good quality cheese.

Now to the pattie- it was extremely fat. You couldn’t fit your mouth around it, which is a bit stupid. Plus one half was pink and a bit raw. I thought it was dumb to make a huge pattie which just annoys customers when you could easily make a small one that is divine.

The chips were nice and hot. I had to break them in half to allow them to cool. But really the chips could have been amazing but they weren’t.

All in all, I was disappointed 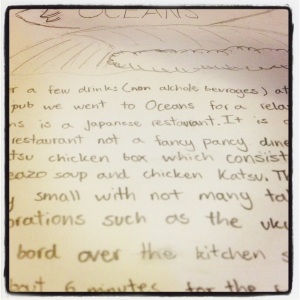 After a few drinks (non alcoholic beverages!) at Clancy’s Fish Pub we went to Oceans for a relaxed meal. Oceans is a Japanese restaurant. It is a laid back restaurant, not a fancy pancy dine in. I ordered the Katsu chicken box which consisted of a salad, rice, miso soup and chicken Katsu. The restaurant is fairly small with not many tables. I like the decorations such as the ukuleles and the surf board over the kitchen saying “Oceans.” It took about six minutes for the food to arrive. The service is great. They serve it in a box with three compartments for the salad, rice and chicken, with the miso on the side. They gave me eight pieces of chicken. The deep-fried chicken was crunchy and very tasty – some of the best chicken Katsu I have ever had. The salad had carrot, lettuce, tomato and corn. The dressing was wonderful. The rice was just rice. The miso was tasty, but not awesome. I have eaten the chicken Katsu many times and it has been consistent every time. YUMMY.

A nice waiter took us to a table in the middle of the restaurant. We sat down and made a choice of Gyoza for entree and chicken teriyaki plus Yaki Udon noodles. The restaurant was nicely lit. It was a relaxed, casual looking restaurant. It was about fifteen minutes before the Gyoza came out which I thought was a minimal wait. We were given six Gyozas which meant three each. They looked good. They were light and fluffy with good texture, but not something that screams OMG. They were good, but not amazing. The chicken teriyaki came ten minutes after the Gyoza, as did the Yaki Udon noodles and rice. The teriyaki chicken was nicely cooked. It was succulent and moist. The salad was really refreshing. The dressing was fabulous. The salad was mostly cabbage and carrots. The Yaki Udon noodles had beef, cabbage, carrots and noodles. The noodles were fat. The noodles were really nice. They yelled a lot of flavour. The beef didn’t really stand out that much. I thought it was a bit tough. I found the beef average. I would recommend Oceans near Coles in Fremantle. They make fabulous Katsu chicken as well.

It was a Sunday morning when we walked into Public & Co.

We were greeted by a friendly man to take us straight to a seat. There were two parts to the restaurant – a more relaxed cafe part, dimly lit with a big couch and small circular tables and the other side was lightly lit and had bigger tables. The chairs looked slightly horrible.

The coffee came quickly and was apparently great. I saw some very nice lunch and main dishes on the menu, such as a pull pork slider (one of my favourites).

Off the breakfast menu we ordered buttermilk biscuits with strawberries and cream. The biscuits weren’t actual biscuits, but more scones. The cream was soft and awesome. The butter that came with it had, what I thought was, sugar infused inside. It was deluxe. The strawberries were deluxe too. It took longer than the coffee. Longer than I would like. I would definitely order that again. I could have overstated that just a bit.

I can’t fully rate this restaurant with such a small tasting. It will have to be revisited.